I have a vague memory of a classroom at Southwest — or possibly Bingham — where a teacher hung a giant slide rule over the blackboard and taught us how to use it. Does anyone else remember this, or was it just a nightmare? And I suppose if I had to, I could still multiply on one of those things.

But it couldn’t have been up there for long, because one day a kid showed up at Southwest with a little pocket device with buttons — it was probably Ed Woods — and the world changed.

Which the world has been doing with some regularity to our generation ever since. You could argue that that’s an eternal truth about every generation, but I think there’s something special about the years between 1974 and 2014, something particularly bumpy and turbulent, that sets our class apart.

We were the last generation that really lived in that long-lost analog world of slide rules and typewriters and Delmar-3 and Emerson-1 and tape cassettes that always seem to break just as you were trying to impress a girl with a good mix. We wrote letters with actual stamps, and bought our books at bookstores, and got WHB’s printed top-40 list every week at Musicland at the Landing. And we read a black-and-white paper copy of the Kansas City Star in the evening, the way God intended.

But I really don’t want to be nostalgic about any of these things, because I don’t particularly miss them. To me the key thing about our little cohort — all these 57 and 58-year-olds who cannot believe they’re really 57 or 58 — is how readily we adapted to the all the changes that pushed us around.

Our parents’ generation, let’s face it, was never that fond of change. Many of them stayed bitter over the cultural revolutions of the ’60s and ’70s, and they were dragged very reluctantly into the Internet age. How many of them, even now, use the Internet mostly to communicate with their grandchildren?

But we liked it. We figured it out, and many of us work in businesses that make money off of it. We bought computers when they came out, and VCR’s and CD’s and flatscreens and eventually the smartphones now in the pockets of everyone here.

We were positioned for the huge changes in technology and communications and the economy because we had already started welcoming the huge social upheavals that came our way.

It seemed obvious to us that women deserved an equal position in the workplace and in politics and should not be subservient to their husbands, just the way it seems obvious to our kids that gay people should be allowed to marry. We couldn’t understand how previous generations could have opposed the civil rights movement.

We escaped Vietnam by just a few years, which left us less scarred and traumatized than wartime generations, and more willing to face a future without fear. 9/11 shook our complacency, but it did not send us into a permanent bunker.

I also think it’s generally true that we raised our kids differently than our parents did, that we’re closer to them and tried harder to prepare them to embrace change. Our kids have a different relationship to authority than we did — they’re more suspicious of authority, including ours, but also more self-confident.

We raised them to be unafraid to fix the stupid mistakes that we made, or the ones we couldn’t figure out how to fix. In our 40 years of adulthood, the downsides have become pretty clear to us and to them.

We know that the technological progress we love helped produce climate change, and that economic progress is rarely distributed fairly. Henry Leonard mentioned to me the other day that he’s worried our kids’ generation will be first not to do as well or better than their parents, and I think that’s a very real concern.

Last night two people in our class who work at the same firm told me about their dread of layoffs: one is worried about being laid off this week, and the other is sick to his stomach that he had to make some of those layoffs.

This stuff can be rough, and you can feel these downside changes on the streets of the city. Personally I hate that cell phone monstrosity in Tower Park, and the dead zone that is Troost Ave., and I particularly hate what happened to our school district and that old pile of bricks at 65th and Wornall.

When I think of teachers like Wally Good and Bunny Glover and Dave Morton and Louis Selvey and Mr. Stark, I feel sorry for the generations to come that won’t get the benefits of their teaching.

But we are not a bitter generation. I don’t want to be one of those people who is still lamenting on his deathbed that Stroud’s isn’t on 85th anymore. (Though it really pisses me off.) Maybe it’s just because I moved away, but I think Kansas City has largely changed for the better, which you can see in places like Southwest Boulevard or the UMKC area. There are charter schools in midtown that have shown great promise.

And I hereby prophesy that one day my people will return from exile in Leawood to the promised land, which is of course, Brookside. Or maybe it’s Waldo.

This very class is helping to change the world. A great and timely example this week is David Greusel, Southwest ’74, who has designed some of the best baseball stadiums in the United States, many of which replaced the particularly awful ones a previous generation built. Any of you who ever sat in the old Busch stadium in St. Louis know what I mean, and as much as I enjoy going to the K, I wish it had been designed by David.

We’ve got classmates here who have taken failing businesses and turned them around, providing hundreds of jobs. One classmate saved a nursing home by restructuring its debt. We’ve got a class teeming with doctors who have used new medical technology to extend lives. One of them has run a medical clinic for Hispanic immigrants. Another doctor in this room saved the life of another classmate who is here tonight, which I heard about yesterday.

I suspect there are many people here who are on completely different second careers, and wouldn’t hesitate to find a third one if they needed to, even in uncharted territory. We might be concerned about the future, but we’re not scared of it, and I think we and our children are going to do what we can to keep the seas from rising and the middle class from falling.

And if one day the electricity runs out and our device-addicted kids panic, we’ll pull out our slide rules and our dial telephones and show them how to deal with it. 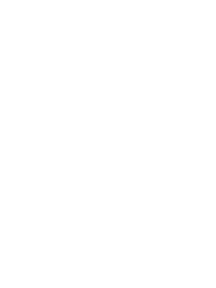